Watching a Spanish series, movie, or TV programming is without a doubt a good way to learn and practice Spanish. That is why I decided to write this post about the best Spanish series from Spain that are currently available on Netflix, a widely popular online streaming platform.

We all binge watch Netflix anyways, why not take advantage and learn something from it, such as Spanish? 😉

When you watch a series, you learn and practice the language in a more fun way compared to attending classes or using textbooks. You will especially practice your listening skills and pronunciation and learn new vocabulary, expressions, slang, and culture. Indeed, watching a series is a powerful learning experience.

If you are a beginner, I would recommend turning the subtitles on, it will help you to understand better and work on your reading skills. However, once you get to a certain level of Spanish, don’t use subtitles. Push yourself and try to understand the plot and scenes through the context, images and the few words or sentences you can comprehend.

Below, you will find the 10 best Spanish series on Netflix to learn Castilian Spanish.

NOTICE: some of the links in this posts are affiliate links. If you purchase something, I will receive a commission. However, your purchase price will remain unchanged.

The 10 Best Spanish Series on Netflix from Spain

Money Heist (La casa de papel) is a thriller that was originally created as a limited series on the Spanish network Antena 3. Then, Netflix edited it and released it worldwide. Soon after, it became the most watched non-English series on Netflix.  Also, it became the first Spanish series to win an International Emmy award for being the best drama series.

The series tells the story of a group of robbers who want to carry out the perfect robbery. For that, they plan to assault the Spanish Mint located in Madrid (the capital of Spain). A man, who calls himself ‘The Professor’, is in charge of recruiting the team of robbers.

The language in this show is very colloquial and sometimes, people could even consider it as improper. For these reasons, you will learn a ton of slang and one or two cuss words.

Locked up (Vis a vis) is a drama series produced by Globomedia, first for Spanish Network Antena 3 and then, for Fox Spain.

The series is about a woman who breaks the law for the boss who she fell in love with. Consequently, she is accused of several crimes and she is imprisoned. The story mainly follows her during her time in prison.

The language in this show is often very colloquial and thus, you will learn a lot of slang. In addition, just like Money Heist the language can be considered improper and you will hear a lot of cuss words. Also, you will get familiar with vocabulary used in prisons and jails.

The Innocent (El inocente) is a mystery thriller miniseries based on the novel by Harlan Coben and stars Mario Casas and José Coronado.

The series tells the story of an ex-convict who accidentally killed a man. Just as he rebuilds his life, he receives a phone call that will bring him back to the nightmare.

Besides learning general vocabulary, you will pick up some colloquial Spanish.

In addition, the series largely takes place in Barcelona. Therefore, you will be able to enjoy some of the sceneries of this beautiful city and the surrounding areas.

Cocaine Coast (Fariña) is a crime drama series based on journalist Nacho Carretero‘s book. It was produced by Bambú Producciones and Atresmedia, and first televised on Antena 3 in 2018.

Cocaine Coast is set in the 1980s in Galicia (north-western Spain). During this time, the fishing industry was in decline and some fishermen saw an opportunity in illegal activities, such as contraband and drug trafficking. Specifically, the series follows a fisherman, who becomes a successful cocaine smuggler between Latin American suppliers and European customers.

Besides learning some specific vocabulary about drugs and drug trafficking, you will also become familiar with the Galician accent and some Galician words.

In addition, you will learn about Galician culture and enjoy some of the beautiful landscapes of Galicia.

Paquitas Salas is a comedy series created by Javier Calvo and Javier Ambrossi. It is similar to the popular show The Office and its episodes are around 20 minutes long.

The series tells the story of a talent agent who after losing one of her most famous clients, has to reinvent herself while searching for new stars to represent.

The language in this show is colloquial and thus, you will learn a ton of slang.

MOROCCO: LOVE IN TIMES OF WAR

Morroco: Love in times of war (Tiempos de guerra) is a war drama produced by Bambú Producciones and broadcast on Antena 3 in 2017.

Primarily, the series takes place in Melilla (a Spanish autonomous community located in the north of Africa) in the 1920s during the Rif War. It focuses on a few inexperienced nurses who are sent to there to open a hospital.

They use a more formal language in this show and thus, you will learn a more proper way to speak Spanish. Also, you will pick up some words about war and medicine.

In addition, you will also learn a piece of Spanish history: Rif War.

The Cable Girls, (Las chicas del cable) is a drama series originally produced by Netflix in 2016.

The series takes place in Madrid in the 1920s. It tells the stories of four different women who start working at the most important phone company in the country. This show is full of drama, romance, comedy, jealousies and mystery.

Just like Morroco: Love in times of war, the language in this show is formal. Therefore, you will learn a more proper way to speak Spanish.

Additionally, you will learn about the culture and society of Spain during the 1920s.

Elite (Élite) is a teen drama crime series that was produced by Zetas producciones for Netflix in 2018.

The show is centered on three middle class teenagers who are given scholarships to study in one of the most prestigious schools in Spain. The confrontation between them and the elite students will lead to murder and the search for answers.

By watching this show you will get familiar with colloquial Spanish. In addition, besides learning general vocabulary, you will pick up some specific vocabulary related to school.

The series is about three prostitutes who try to obtain freedom by running away from their pimp and his henchman.

The language in this show is very colloquial and even vulgar. Thus, be ready to learn a ton of slang and a lot of cuss words.

The series is about a drug dealer who acts as a successful businessman. After being diagnosed with Alzheimer’s, he keeps the it from his family and starts thinking about who can be his successor.

Beside learning general vocabulary, you will pick up some vocabulary related to drugs.

Additionally, the series takes place in Galicia, therefore, be ready to enjoy the beautiful landscapes of this region, its customs and gastronomy.

I hope I have made it easier for you to learn and practice Castilian Spanish with this list by suggesting addicting and binge-worthy programming.

Now, pick a series and start a very educational and fun way to learn and practice the language.

A fun thing that you will notice is that you will get familiar with a lot of actors and actresses, since the same ones play different characters in various series.

In order to get the most of a show, discuss the plot and details with someone else. This is a great activity to comprehend the story and work with the vocabulary and expressions you have heard.

Besides other activities, this is one that I usually use during our online Spanish conversation classes. Very simple, but very powerful!

Have you watched any of these series? Which one did you like the most? Do you know any other Spanish series?

Let us know other series you consider as best Spanish series at the comment section below. 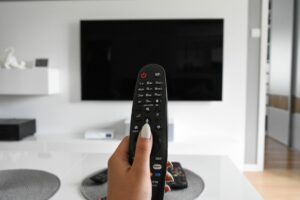